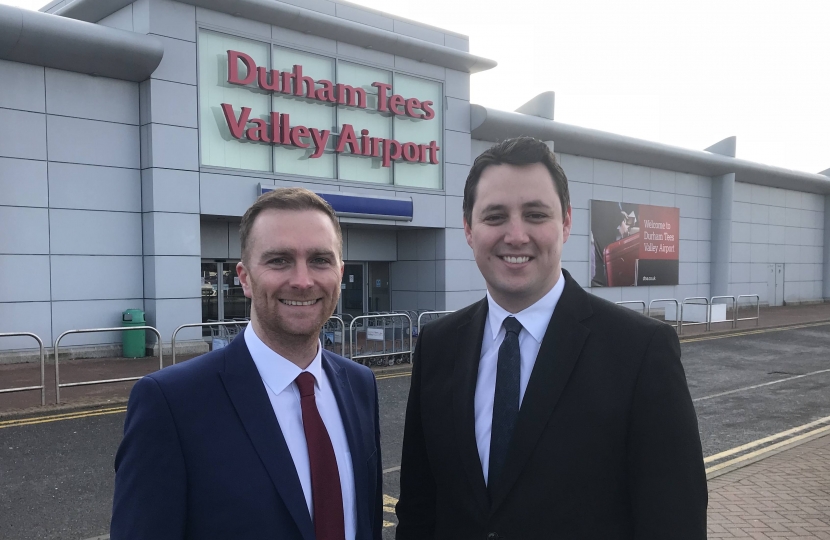 Matt is supporting Mayor of the Tees Valley Ben Houchen's campaign to save our airport. He pledged to take back control of our airport and rescue it after years of Labour neglect - and that’s exactly what he’s done.

Ben is backing Matt to be the next MP for Stockton South. He said: "Matt is the best choice to represent the people of Stockton South in Westminster. His strong track record on local issues proves he not only has the right priorities, he has the ability to deliver.

"Matt has been a strong supporter of my plans to create more and better jobs in the Tees Valley and secure the future of Teesside International Airport."

Matt said: “Labour allowed our airport to decline and its closure to be planned. Whilst the airport won’t reach its full potential overnight, it’s very much going in the right direction and the sky is certainly the limit. I will continue to support Ben’s plan to save our airport.”