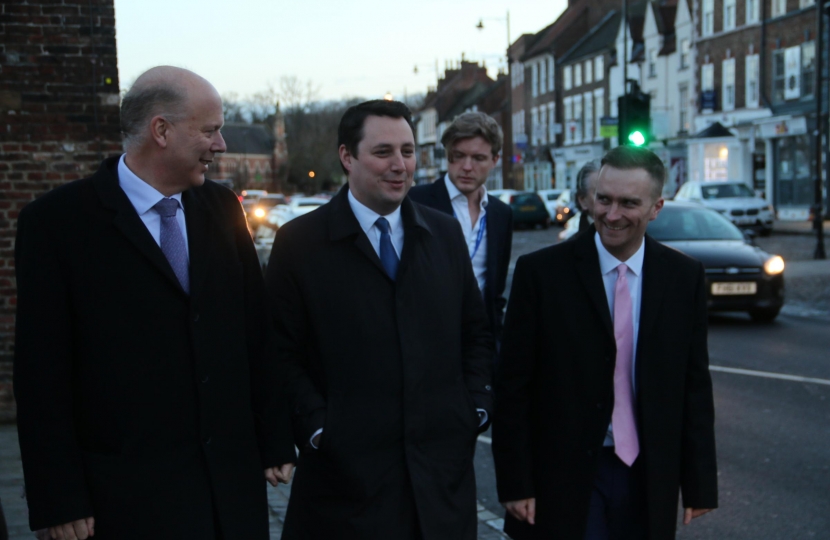 Planning blueprints for 59 pay and display spaces off West Street have been lodged by Stockton Council in a bid to ease the town’s parking pressures and congestion woes.

The old egg packing plant site is occupied by the Arncliffe Buildings at the moment.

But a deal struck between the owner and the council last year will see the old warehouses make way for the new spaces.

A 30-year lease agreement was approved by council chiefs last February to pave the way for the £400,000 car park.

The new spaces aim to ease congestion and crawling traffic through Yarm – often caused by people slowing down to look for a space to park on the High Street.

Stockton South MP Matt Vickers said the parking saga in Yarm had gone on for years with “lots of talk and little action”.

He believed the “reckless over-development” of Yarm and the surrounding area had taken its toll – causing “huge congestion” and a bottleneck in and around the town’s high street.

However, the Conservative MP was pleased progress had been made – more than a year on from a “traffic summit” he convened alongside the Secretary of State for Transport, councils and businesses.

Mr Vickers added: “We looked at all the options and their feasibility and I’m delighted progress is finally being made.

“The council have acquired the designated site and submitted a planning application – I am hopeful this will end a decade of dithering and will be transformative to the town, benefitting residents and businesses and hopefully reducing the congestion on the High Street.

“If we want Yarm’s amazing High Street to compete against internet shopping giants, then we need to make our High Streets as attractive as possible.

“We can start by making it easier for people to drive in, park up and spend money in local shops.”