Matt Vickers MP: The good, the bad and the lovely 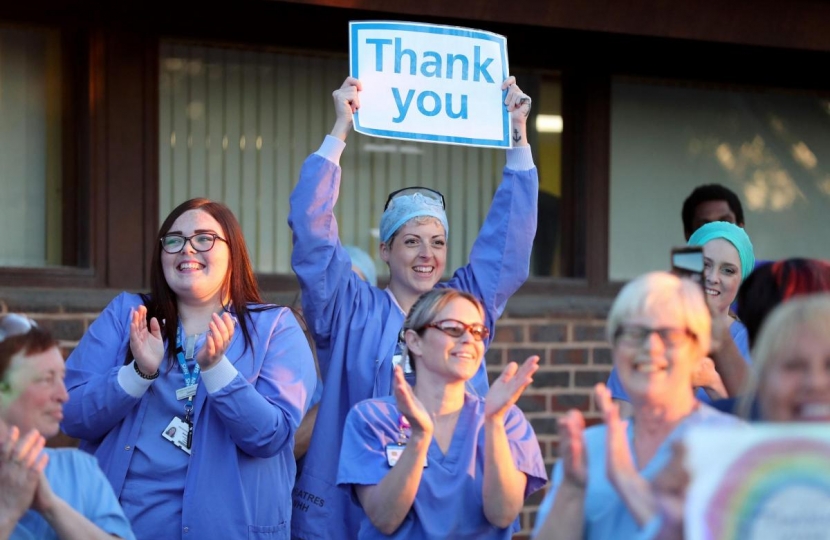 MPs across the country have seen the pandemic bring out the best and the worst in people.

We were quick to point the finger at those who stockpiled toilet rolls, those who wanted a few more rolls (sometimes hundreds) just in case the shops ran out. Their aim being to look out for them and their own, but that potentially meant that the elderly or those working on the frontline could arrive to empty shelves.

Barring some sort of bum wiping bonanza in the coming months it’s likely that some people will have enough stock to last the year, and it’s possible we’ll see an increase in the number of toilet roll mummies this Halloween.

More sinister and frankly unbelievable are those who have used the pandemic as an opportunity to scam the elderly and vulnerable.

We’ve seen people set up scams by text, homing in on those desperate for help to extract their bank details.

We’ve seen ‘helpful volunteers’ who took money from elderly people to help with shopping never to be seen again. We’ve even seen those who’d stoop low enough to steal a food parcel from the doorstep of someone self-isolating.

But aside from the ugly - who I hope struggle to sleep at night - we’ve seen everyday heroes take up arms in the war against this invisible enemy.

Our NHS and care heroes, our amazing workforce of doctors, nurses and carers (both in care homes and out there in the community) are on the frontline in this battle but equally important are the cleaners, porters and others who work alongside them.

Their commitment and dedication has rightly been celebrated each Thursday when Britain takes to the streets to ‘clap for carers’. A weekly duty which not only shows our appreciation for our heroes but provides a grin, a wave and companionship between neighbours who look forward to being able to speak again when we reach the other side.

While the majority of the country retreats to the safety of their homes - Britain can be seen at it’s best through the many heroes who are just quietly getting on with it. The shop workers, delivery drivers, take-away workers, teachers and the many others who go to work despite the risk.

The bulldog spirit is less about grit these days but more about innovation and a can do attitude.

At Dunkirk we needed boats, in this war we need ventilators, hand sanitiser and PPE.

Local businesses and groups are rising to the challenge and in Stockton I’ve seen every example. The local company who make school uniforms have turned their hand to producing scrubs, local school DT classes have become production lines for face visors, manufacturers have switched their output to ventilators and local chemical works have turned their by products into hand sanitiser.

In Stockton, the effort to keep people at home with the food and supplies they need has been led by those who go the extra mile. Janet who runs the salvation project in Thornaby or Neeta and Cheryl and the army of volunteers who run the little sprouts health and wellbeing group have been part of a huge volunteer network getting food, prescriptions and anything else essential to those who need it. Bigger companies and organisations will envy this reliable, people powered voluntary network who deliver the right thing, to the right place at the right time for those who need it most.