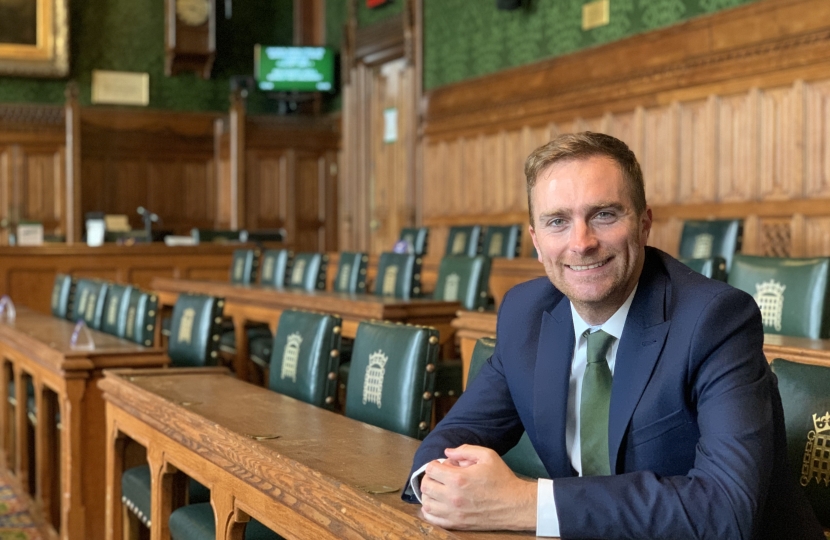 SIX months since Matt Vickers was appointed MP for Stockton South, he speaks about his time in office and what work he still wants to accomplish to change and improve Stockton and Teesside.

Mr Vickers, 36, in his own words is a 'local lad'. "I was born in North Tees Hospital, I've pulled pints in Stockton and stacked shelves in Stockton," he said, "I always took an interest in politics. Achieving something for an elderly person down the street no matter how small or big seeing the difference you can make is so rewarding."

Speaking about coronavirus and how it has changed the way of working, Mr Vickers said: "We used to do face-to-face surgeries and I would stand in supermarkets and talk to people - we don't do visits. But I've found ways around that in office I've had more emails than ever before, for example people weren't sure of the guidelines or businesses wanting help with funding."

"I think Stockton will bounce back, Teesside is going to be the place to be.

"I'm putting together a bid for £25 million to turbocharge Thornaby."

Mr Vickers said he had been in talks with N-Power in the town, as well as council members and stakeholders about drawing up a bid to improve Thornaby.

"I have a few priorities [for the Stockton South constituency] one is about policing. There will be 20,000 more cops on the streets already in the UK and there is the new Stockton neighbourhood police team, there will be an extra 240 police officers in Cleveland," he said, "we have amazing police officers in Stockton - dedicated, hard-working."

Mr Vickers also wants to focus on the local health service, his ambition being for extra funding for the North Tees Hospital building which he said is ageing.

"I put a question forward at my first every PMQs about capital investment to improve the building."

The MP would also like to see improvements in the education sector within his constituency.

"My biggest passion actually is ensuring no matter who you are or whatever you come from you can get a good education, it shouldn't be about where you're from but where you want to go.

"The government is going to deliver more money for every child no matter where you are you can reach for the stars."

Latest figures show over 6,000 more doctors and over 12,000 more nurses working in the NHS compared to last year.
Part of the Conservatives’ election pledge to ensure there are 50,000 more nurses by 2024-25.