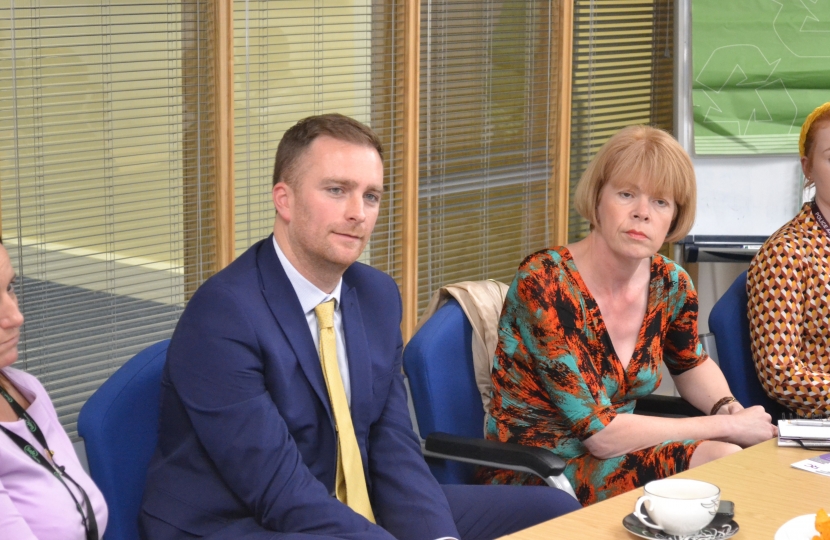 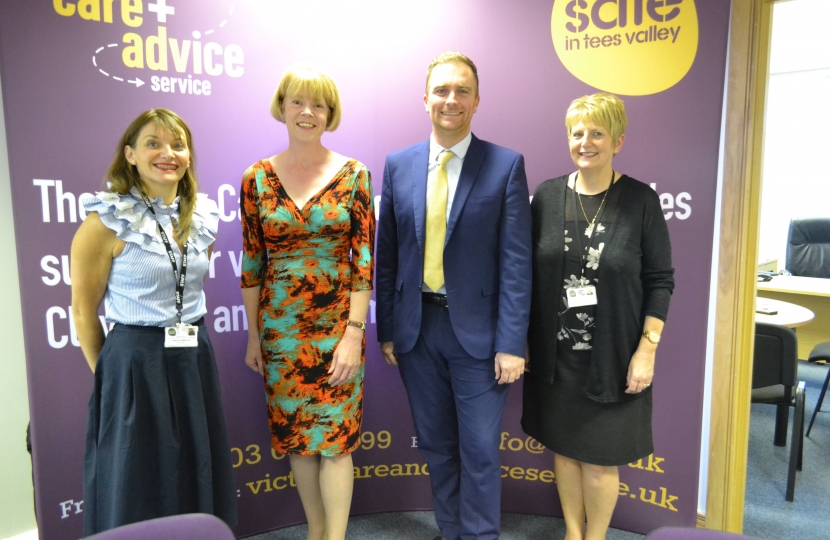 A Government minister has praised the work of a Stockton organisation promoting safer communities across the Tees Valley.

Justice Minister Wendy Morton MP visited Safe In Tees Valley (SITV) with Conservative Parliamentary candidate for Stockton South, Matt Vickers, to look at how the independent safety community partnership is working with people across the area, including victims of crime.

The minister, MP for Aldridge Brownhills, met staff, volunteers and victims of crime to discuss the work of SITV and their experience of the justice system.

Prevention of fraud schemes and Government plans for the justice system were among the topics of conversation with the minister who Matt said was impressed by the work of SITV.

“I was delighted Wendy Morton was able to see for herself the excellent work by all at SITV to help people from all our communities here in Stockton and across the Tees Valley.

“She said she was very impressed by what she had seen and the efforts of staff and volunteers to help look out for and protect people in society, especially vulnerable members of our communities and victims of crime.

“I think she will take back a positive impression of the work being done here in Stockton and I am hopeful we can push for more support for such organisations from the Government.”

Matt said he also spoke to the minister about the Government’s plans for crime and justice and how they would affect Stockton South.

“I think the Government is taking the right stance on tackling crime and disorder and ensuring the justice system works for everybody,” Matt said.

“Here in Stockton South, we need to make sure we get our fair share of the new police officers to help keep us safe and tougher sentences for those who commit the worst offences to keep them off our streets for longer.

“I was able to tell Wendy Morton what we need here in Stockton South, including getting as many new police officers as possible and ensuring the criminal justice system puts victims first".