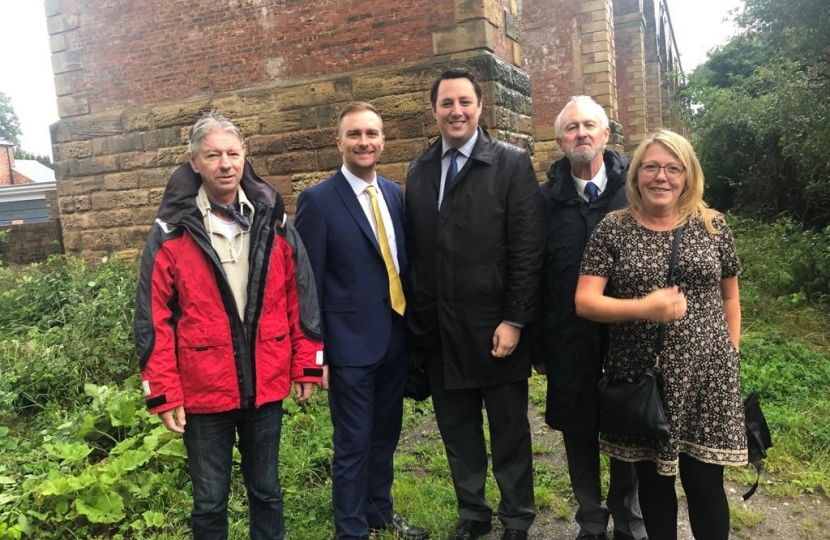 An end to Yarm’s car parking and congestion woes could be on the horizon.

For years the issue of car parking in Yarm has caused a headache, and in January Conservative Parliamentary Candidate for Stockton South Matt Vickers called on the council to end its "decade of dithering" and take action.

In February, Matt organised Yarm's first ‘Traffic Summit’, bringing together local businesses, councillors, an engineering expert and the then Secretary of State for Transport Chris Grayling. The meeting looked at local transport and traffic issues around the town and discussed the lack of a long stay car park.

The summit ended with the hope of opening up a strip of wasteland behind the High Street and transforming it into a car park to ease parking concerns in Yarm. The privately-owned land under Yarm Viaduct requires access via Network Rail property - which has ultimately led the idea to be abandoned in the past.

The then Secretary of State left with a mission of bringing Network Rail on board with the project. Mr Grayling spoke to the Gazette at the time: “One of the ways of unlocking extra parking in Yarm is to get some flexibility from Network Rail around accessing bits of land via the railway arches under the viaduct. "I’m very happy to go back and have that conversation because I think there’s an opportunity there that we should certainly take very seriously."

Now a potential plan deal is on the table with Network Rail agreeing in principle to provide access, a generous businessman who own the 'backlands' volunteering to give this to the council at a peppercorn rent and the council has drawn up plans for the site.

Matt Vickers said: “It is absolutely fantastic that bringing people round a table may have provided an end to the decade of dithering and debate. “When people work together things get done and I’d like to thank the town and borough councillors, and local business people who’ve got on board. "I’ll be pushing to ensure the Borough Council deliver on this opportunity and do so as quickly as possible."

He added: “Yarm is a place to be proud of and the lack of a long stay car park is one of the few things that spoil it. "This new car park could hugely benefit shoppers and staff and possibly help traffic flow more easily through the High Street.

“In recent years massive overdevelopment has taken its toll on Yarm creating congestion and contributed to a bottleneck around the High Street - this could help ease that and make the amazing town of Yarm, even better."

Tees Valley Mayor Ben Houchen said: “Car parking in Yarm has been a nightmare for years, but thanks to Matt, the Town Council and a much-needed intervention by the Secretary of State, I’m pleased Network Rail has offered up a solution.

“There are no quick fixes, but opening up the backlands will go some way in relieving congestion on the High Street.

“If we want places like Yarm to compete against internet shopping giants, then we need to make our High Streets as attractive as possible. We can start by making it easier for people to drive in, park up and spend money in local shops.”