Matt Vickers MP: "Representing my home in Westminster is the greatest honour of my life" 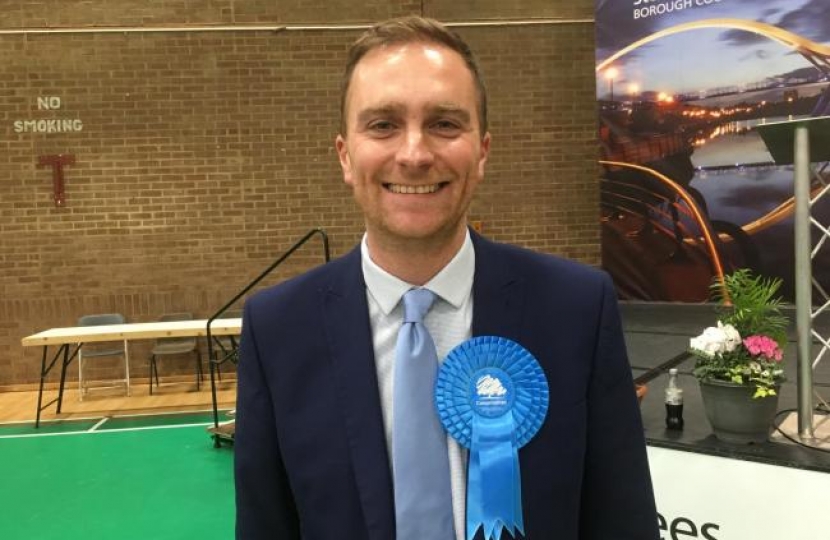 First things first, I welcome you to this my new column in The Northern Echo.

I am the new MP for Stockton South, I was born at North Tees Hospital, the son of a builder and a hairdresser, I've stacked shelves, pulled pints and laid bricks here.

Put simply, this is my home and representing this part of the world in Westminster is, and will always be, the greatest honour of my life. I hope this column will keep you up to date with what I am up to, here and in Westminster.

Turning our attention to Westminster and it really has been a whirlwind.

I am still pinching myself to be honest, there is something quite Hogwarts-like about the whole place and I am absolutely loving it. That being said, the price of a pint down here is absolutely shocking, but I guess you have to take the rough with the smooth.

Everything about the building and the characters therein is fascinating and at first it was difficult to act smoothly and not stare whilst around the huge political beasts I sit amongst in the chamber.

The one saving grace has been the green and white striped lanyard worn on the neck of the new intake of MPs. It’s acted like the L plates on the car of a learner driver with other members and staff behaving a little more patiently towards the ‘freshers’.

I’ve even had political opponents take the time to give me directions, and very often they’ve even sent me in the right direction.

Back home I’ve been pretty busy and a recurring theme has been planes, trains and automobiles… it’s great to see Teesside being ambitious and unwilling to accept failure, and nowhere has this been more visible than in the recent history of our airport. I was delighted to be there at an airport which was supposed to now be closing, when it was announced flights to six new destinations were to operate from the site.

That same day I had a trip up to the Nissan Factory but given my 500 word limit, that’s a column for another week!

The last week has been a good one.

Some time ago I embarked on a campaign to improve Eaglescliffe Train Station. I’ve pushed the cause with the council, the mayor, the Rail Minister, the Secretary of State for Transport and even brought it up with No10.

While during that time Ministers and even the Transport Secretary have been and gone, we’ve finally got some good news. Through the Combined Authority, Mayor Ben Houchenhas set aside £8million pounds for improvements to the station.

Improving access will really enhance passenger experience, has the potential to help ease congestion in Eaglescliffe, make the site accessible for disabled users and connect our global business park directly with other major cities – happy days!