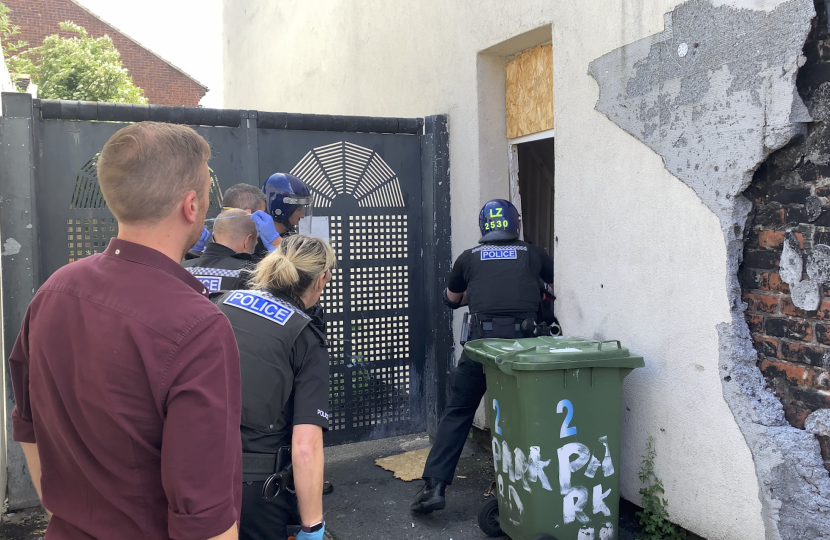 Thugs who attack emergency services staff should face longer sentences and not get away with a slap on the wrist, a Teesside MP says.

Matt Vickers, the Conservative MP for Stockton South, wants to see the current 12 month maximum sentence doubled to two years, to protect blue light workers across Teesside and beyond.

The Government has now announced that there will be a public consultation on toughening up sentences - just two years after a previous law change which doubled the maximum term for assaulting an emergency worker from six months to 12.

Mr Vickers said he had made the case to ministers in both the Ministry of Justice and the Home Office as part of the Blue Collar Conservatism caucus in Parliament for an increase.

He said: “Our emergency services are second to none. They work tirelessly to protect us, often with little thought for their own safety or wellbeing and they deserve our utmost respect.

"It is vital that every single member of our emergency services should feel protected. I'm sure they would feel a lot safer knowing that anyone found guilty of assaulting them will face the full force of the law - not just a slap on the wrist.

“It is right Government is consulting on increasing the maximum sentence to two years and I hope people from across Teesside, as well as the emergency service workers will make representations to the consultation, as I will, so we can make this happen and show them how much we value the work they do.”

Mr Vickers is a member of Blue Collar Conservatism (BCC) - a Tory campaign group of MPs who identify as working class, with the aim to champion working people and provide a platform in Westminster for working class voices.

In July last year, the group successfully campaigned to secure a Police Covenant for officers and staff that will enshrine in law the Government’s commitment to protecting police in a similar way to the Armed Forces.

That campaign suggested increased sentences for assaults on emergency workers sentencing should be part of that promise.

Some of the offences covered under assault include pushing or being spat on.

If an emergency worker is seriously injured, the perpetrator can then charged with more serious offences, which carry heftier sentences.

Newly released figures show that 207 police officers have been recruited in Cleveland as part of the Conservative Government’s pledge to put 20,000 more officers on the streets by March 2023.